Tonsils. The terrible two. Tonsils. For two small organs, they can cause no shortage of misery for paediatric and adult patients alike. 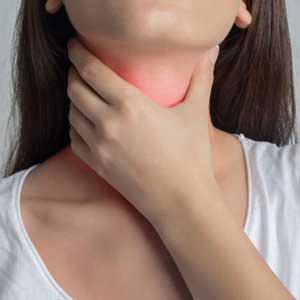 “Our understanding of the diseases affecting the tonsils and adenoids have evolved in recent years, as have the treatments for managing these conditions,” explains Dr Brendan Perry, an Ear, Nose and Throat Surgeon.

Sleep disordered breathing is the most common indication for adenotonsillectomy, affecting 3-5% of children.

Patients will often present with snoring or heavy breathing with pauses in their breathing throughout the night, known as apneas. It is often associated with daytime fatigue and poor concentration, but may present with other behavioural disturbances in children, including hyperactivity.

“Sleep disordered breathing is associated with neurocognitive developmental issues. This is thought to be due to episodic hypoxia affecting brain maturation, as well as causing fragmented sleep which affects daytime concentration. This reduces a child’s ability to engage fully with their environment and in their experiences, stifling their cognitive development.”

Recurrent tonsillitis is the next most common indication for tonsil surgery. The well established Paradise criteria of 7 episodes of tonsillitis in 1 year, 5 episodes each year for 2 successive years or 3 episodes per year for 3 years is still a good guide for determining whether the risks of surgery outweigh the potential benefits.

However, some patients may become particularly unwell with tonsillitis, suffering from febrile seizures or breathing difficulties, or complications such as quinsy, such that surgery may still be indicated despite not quite reaching these guidelines.

Cancers of the tonsils are becoming more commonly seen, with a grossly changing demographic.

Tonsillar cancer is still most likely to be squamous cell carcinoma. Previously these cancers were mainly seen in people with a long history of smoking and alcohol consumption, and usually in a slightly older age group.

However, it is more common nowadays to have tonsil cancer arise due to pathogenic human papilloma virus (HPV) infection affecting the tonsils. HPV related tonsil cancer usually occurs in a younger age group without a strong alcohol and cigarette history, and it spreads to lymph nodes at an earlier stage.

Lymphomas can also affect the tonsillar tissue. Any gross abnormality or asymmetry of the tonsils may represent an underlying neoplastic pathology, and warrants specialist review if identified.

Thankfully these cancers also tend to be quite responsive to modern chemotherapy and radiotherapy regimens. These treatments can be associated with long term morbidity for these patients, and thus, in appropriately selected patients and after a Multi-Disciplinary Cancer Meeting review, a radical tonsillectomy via Transoral Robotic Surgery (TORS) in increasingly being utilised to reduce the harmful effects of radiation to the oropharynx.

Coblation tonsillotomy has become more popular in recent years. With this approach, a Coblator (which uses radiofrequency and bipolar diathermy in a saline field) can be used to reduce tonsil tissue without breaching through the capsule of the tonsil.

By not breaching the tonsil capsule, the rates of post-operative bleeding and severity of discomfort are significantly reduced. However, between 3-5% of these patients who undergo a partial tonsillectomy will require a completion tonsillectomy at a later date due to ongoing or recurrent issues.

BiZact is a newer technology, designed for a total tonsillectomy. This device from Medtronic is an advanced bipolar that automatically adjusts the energy delivered based on the impedance of the tissue, which translates into reduced heat to seal and divide tissues, with patient’s experiencing less post-operative pain.

Post-operatively, the care and advice to tonsillectomy patients has also changed. The previous diet of ice-cream and jelly for 2 weeks has now changed, much to the chagrin of many paediatric patients. A more normal diet is now encouraged, which helps to clean the healing tonsil bed and reduce the slough that develops in the tonsil bed. There is great evidence that doing this has led to reductions in post-operative pain and analgesia requirements after a tonsillectomy, as well as reducing the risk of post-tonsillectomy bleeding.