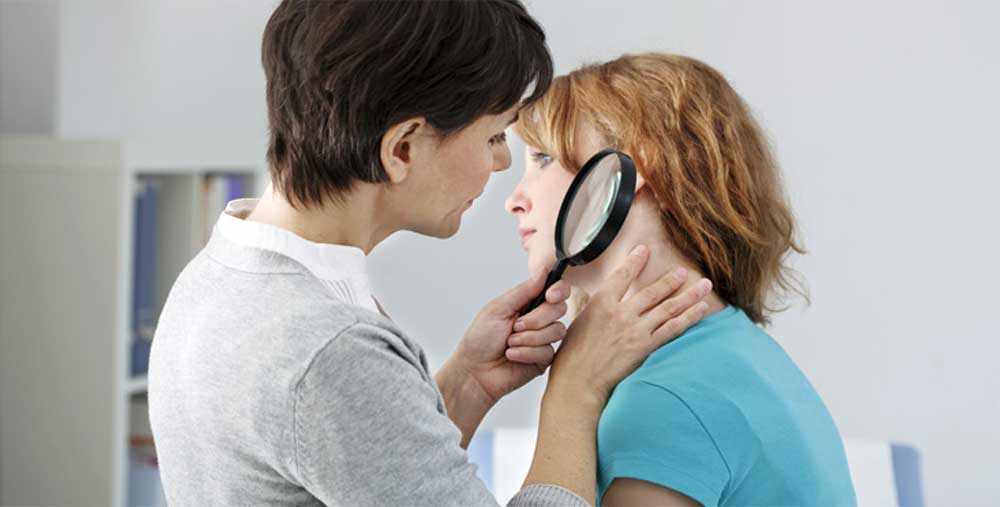 The prevalence of skin cancer in Australia is well known. Less commonly known, is that northern states, such as Queensland, have rates of non-melanomatous skin cancer (squamous cell carcinoma and basal cell carcinoma) that are several multiples greater than our southern cousins. The burden of this disease is greatest in the rural areas where occupational and lifestyle exposure are even greater than our outdoors way of life in Brisbane.

For those of us that treat skin cancer, with its head and neck manifestations, it still seems to be as great a problem as in previous years, despite the widespread use of high SPF sunscreens.

A general practitioner who sees patients with skin cancer is really the first and most regular point of contact for these patients, and can be instrumental in reducing the impact of the disease. As well as regular skin checks, there are a few other simple checks that can be incorporated into a routine examination. As the head and neck is the most commonly affected area of the body by skin cancer (especially the forehead, ears, nose and lips), an examination of the cervical lymph nodes is worthwhile for patients affected with many or severe skin cancers.

If done routinely this can be done quickly and simply – detecting a prominent lymph node early can be a game changer for the patient in regards to survival and treatment options. Any patient needing regular skin cancer checks or skin lesion removal should have a check of their regional neck nodes at the same time. Removing the lesion is just one part of the patient’s management. This is most important for SCC’s and melanomas in comparison to BCCs, which rarely have lymphatic spread.

Approximately 5-10% of skin cancers, mostly SCCs, will also spread to the local nerves that supply that area. If the nerve involvement is only detected on pathology testing after removal and the patient did not present with clinical symptoms prior to removal (paraesthesia, numbness, pain) then it is likely to be what is termed “small nerve invasion”.

This sort of perineural invasion is not detectable on even high-level MRI scans. It is associated with worse outcomes and adjuvant treatment such as local field radiotherapy should be considered.

However, any patient with a current (or previously removed) skin cancer whom also has perineural symptoms, such as those mentioned above, needs an MRI directed by a head and neck cancer specialist. MRI-detectable perineural invasion with appropriate symptoms of and a history of skin cancer is “large nerve perineural spread” and this entity has a greater chance of recurrence and death due to the cancer.

Treatment decision making is complicated and requires assessment at a Head and Neck Cancer Unit (e.g. Royal Brisbane and Women’s Hospital, Princess Alexandra Hospital). This is due to the frequent need for skull base resection of the involved nerve to a clear margin. There is a significant survival benefit from clear margins of excision of the primary lesion and the involved nerves. These patients will often need complicated multispecialty surgical care and post-operative radiotherapy.

Any practitioner with concerns that their skin cancer patient has symptoms or signs of nerve involvement should urgently attain advice prior to excision of the lesion. If the lesion was removed previously, even if with clear margins, and the nerve symptoms occur many months later in that area then the doctor should still attain advice – many of our patients had their index lesion removed many months prior to the onset of the nerve symptoms.